After closing, the building was put up for sale by the Detroit Archdiocese. What happened after that is hard to trace, but this much is clear. At some point after 2007 the Archdiocese removed the pews and stained glass windows, replacing them with clear plastic panes. The building sold to a congregation that never took possession of it, instead letting it fall into ruin. By 2009 the pipes of the organ had been stolen by metal thieves, and many of the glazed tiles set into the walls and pillars had been stripped out. Damage caused by weather and vandalism took hold through 2010, and the sanctuary began shedding large amounts of its façade. 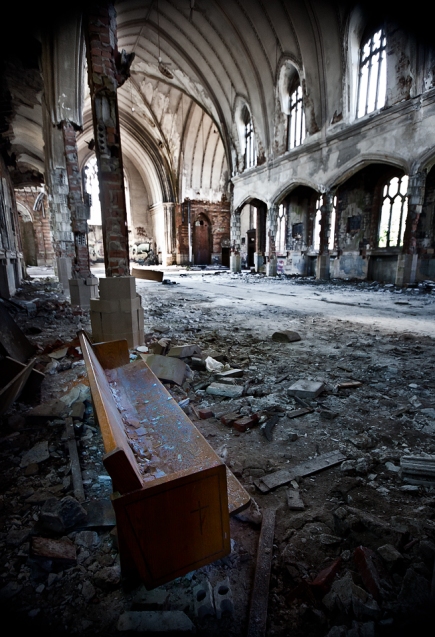 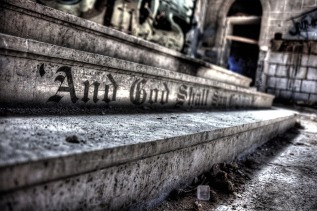 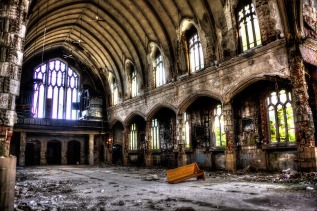 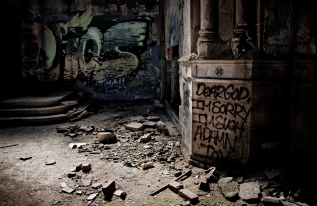 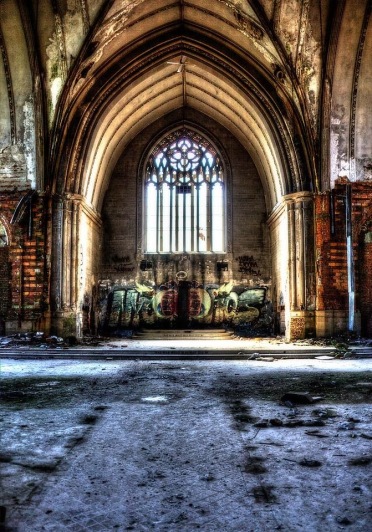 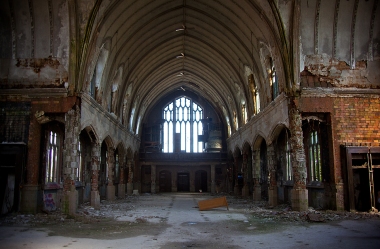 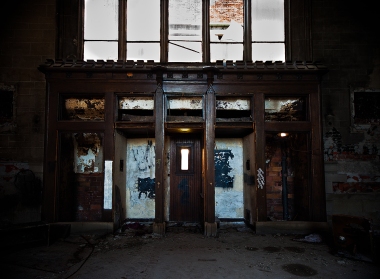 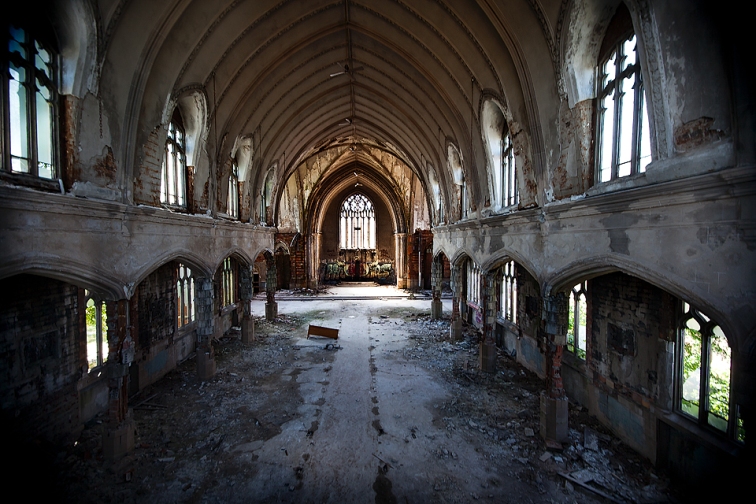