First time ever, exploring an abandoned police precinct, woohoo!!  The doors were wide open, front and back, and despite that fact that it is located on the corner of an extremely busy intersection, we didn’t even get a second look as we strolled inside.

As we entered, Mike walked straight to the back because he saw the holding cells, while I stayed toward the front and photographed the offices and hallway.  The amount of peely paint along the main hallway was GLORIOUS!  OMG I couldn’t get enough of it. I’m pretty sure I took well over 100 pics of that hallway lol.  Some rooms, like the interrogation room and bathrooms were too dark to photograph, but the rest of the precinct was well lit.

And without further ado, here’s a little bit of location history on this location:

The former 16th Police Precinct of the DPD was built in the mid 1950’s.  Like most police stations built around this time, there was a lobby, garage, offices and a firing range (in the basement).  During the late 70’s-80’s the DPD started to close several precincts and lay off  hundreds of officers.  In 1984, the 16th was renamed the, 8th precinct.  The 8th precinct remained active until its closure in 2005, when the department continued its downsizing throughout the city and the remaining 12 stations were consolidated to 6 district stations.  The 8th precinct remained locked down for a year or so after its closure, until it was inevitably broken into and vandalized.  In 2011, items that had previously been left behind were removed after a fire was started in the lobby.  Today the station awaits demolition. 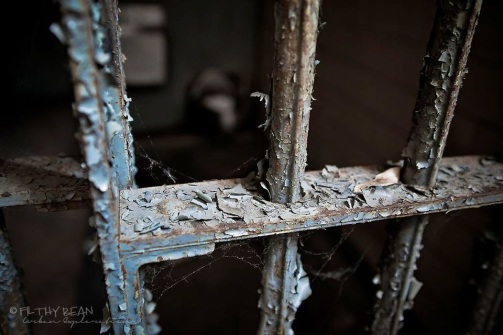 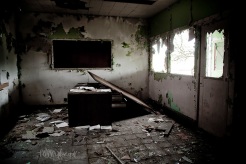