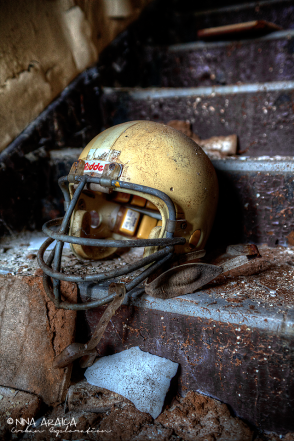 Abandoned since the late 1990’s, the school went through many additions and changes during its lifetime.  The school was originally built to cope with the overwhelming number of students arriving in the growing city each day.

Originally built in 1911 the school started out as an Elementary School, however during construction it was already evident that the school would not be enough classrooms to house all of the potential students, so two additional wings were built at either end of the school.  From 1913-1924 even more additions were built, including extra classrooms, a swimming pool and a gymnasium.

In 1960 the school switched gears and transformed into a middle school.  The last addition to the school building was a combination cafeteria / auditorium, built onto the western wing.  As the city population started to decrease due to the economy, the school in turn experienced a decline in enrollment that it would never recover from.  Eventually closing in the late 1990’s.

The school perfectly reflects the rapid increase and decrease the city experienced due to the boom and bust of the automotive industry in Detroit.  It appears there were tentative plans to re-open the school in 2001, but sadly the number of students in the school district continued to decline.  As is typical of almost all abandoned/vacant buildings in the city, the school has been stripped clean of anything of value. As of yet, there has been no plans mentioned to demolish the school.

Upon exploring the school it was surprising to me, just how much was left behind.  We stumbled across a science classroom with a closet of chemicals still on the shelves, pouring out of the bottles, microscopes on a desk, cabinets still full of textbooks, desks/chairs, football helmets strewn about and lockers pulled off the wall.

It had been raining on and off through our visit, so there was evident rain damage everywhere.  With the exception of hanging metal, swinging when the wind would blow through the broken out window frames, it was peacefully quiet walking down the halls of this once bustling school. 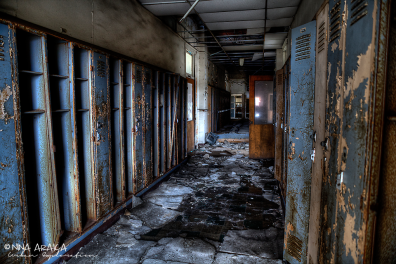 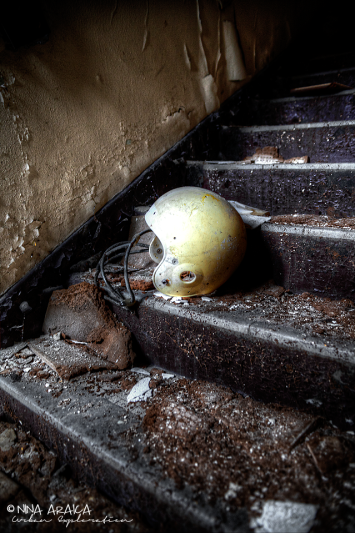 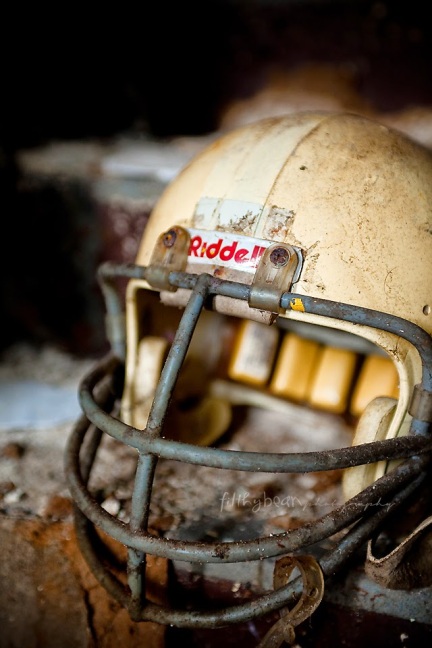