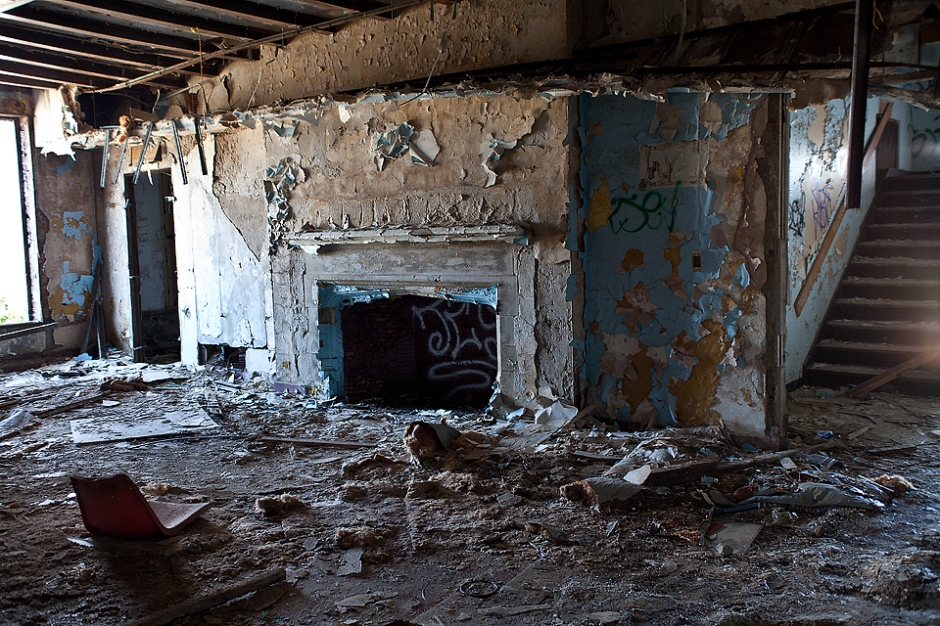 Kronk Community Center was closed for good in 2006, after thieves invaded one night and ripped out the copper water pipes.  Within weeks, the city’s underfunded recreation department deemed repairs prohibitively expensive and closed the internationally revered building.

Kronk became famous for one reason: In its basement was one of the finest boxing gyms ever created.  Producing several world champions, with Thomas Hearns being the best-known.  The old palace sits exposed to the elements.  Over ten years have passed – exterior doors have been removed and the interior walls are crumbling.  Many believe that it should be on the National Register of Historic Places but there isn’t anything left to preserve and honor, just missing and boarded-up windows, and graffiti-covered brick.  You never would know that kings were made here. 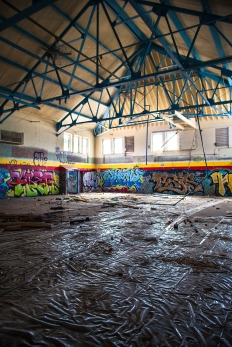 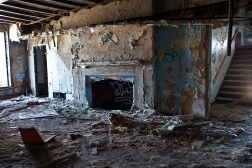 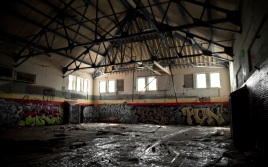 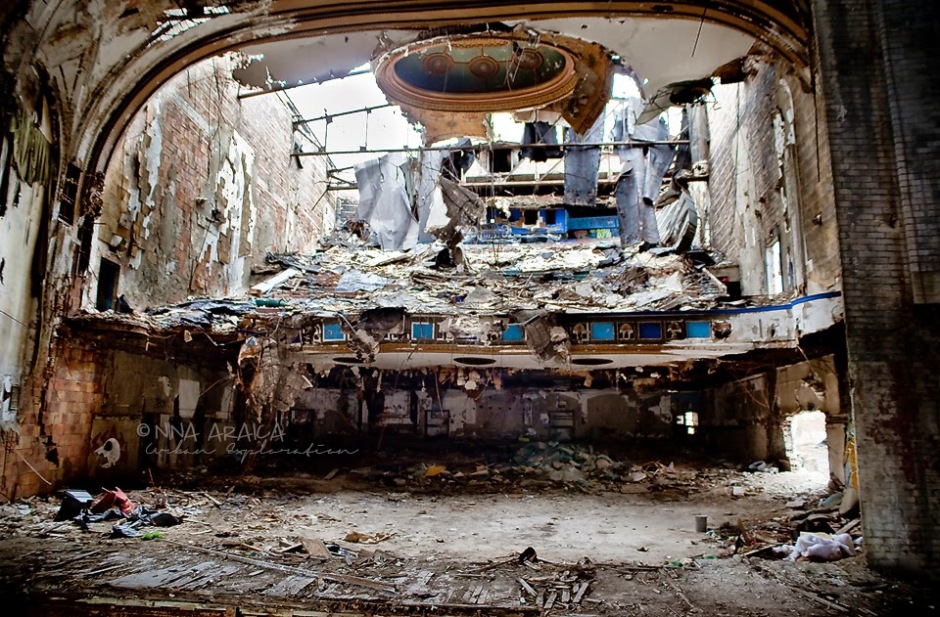 Once one of Detroit’s great neighborhood theaters…now a den of decay.

The Eastown opened in 1930 as a movie house, although it did have a small stage and would occasionally host stage shows during its early years. The theater featured an auditorium with a large balcony, seating just shy of 2,500 patrons.  In the mid 1960’s the Eastown closed as a movie house and embarked on an adventure that would name them to be one of Detroit’s premiere rock venues. Between 1969 and 1973, the Eastown would host a number of famous acts, a virtual who’s-who of the current rock and roll era, performers such as the Grateful Dead, Alice Cooper, Jefferson Airplane, the Doors, Bob Seger, Pink Floyd, and Jethro Tull just to name a few.

From 1973 to 1990 the Eastown would go through many changes eventually ending in its demise and sordid reputation. In 1973 the city of Detroit forced the theater to close after failing to meet numerous health and safety codes. In 1975, it reopened as a jazz venue, but only remained open for 1 year. For a short time after, it was used for performing arts and live theater, but again closed down. In 1980, under the name “The Showcase”, the Eastown began to show adult films, but closed again in 1984. From 1984 to 1990, the Eastown was once again home to a performing arts group.  During the mid-90s, the Eastown hosted raves and later housed a church. Abandoned since the mid-late 1990’s, today the building is unused and falling apart rapidly.
——————————————————–
A few weeks before our visit, the roof of the upper balcony completely collapsed, exposing the sky above and subjecting the remnants of the building to the elements. 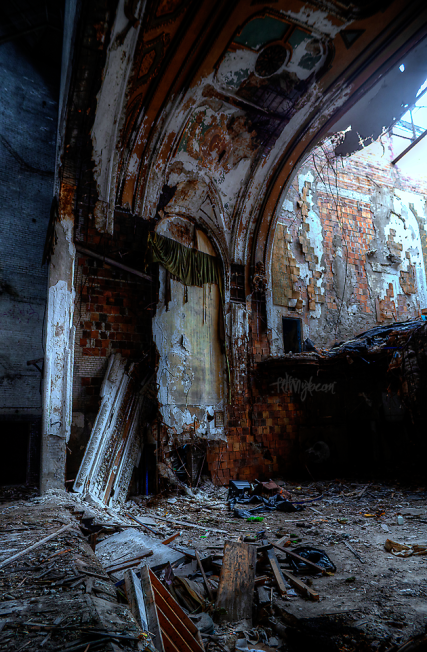 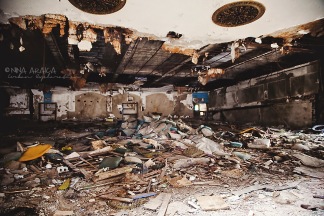 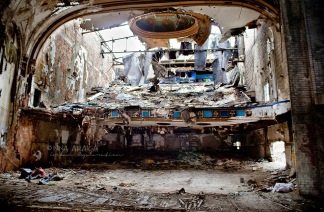 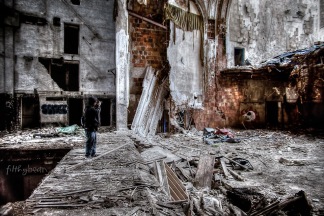 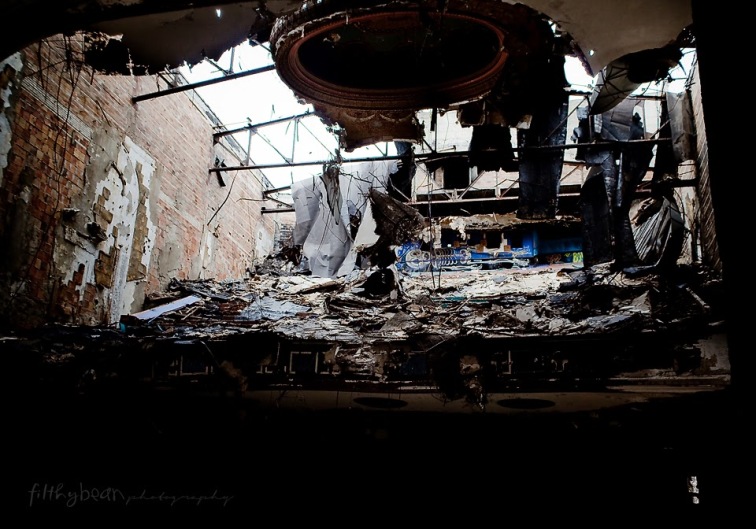 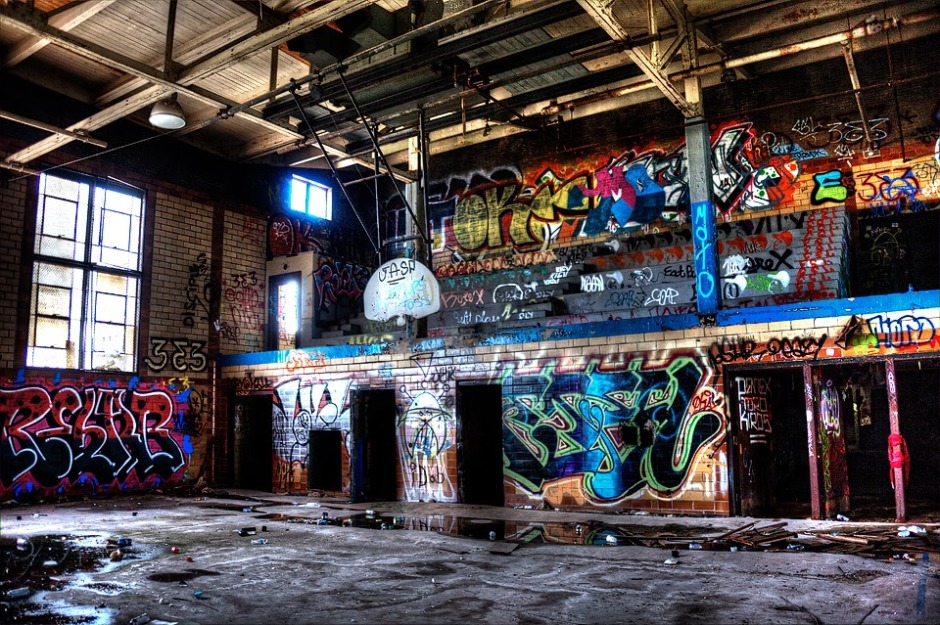 In the era when Detroit became a thoroughly racially segregated metropolis, the city hired Leon “Toy” Wheeler as their first black recreation worker, in 1919.  As the black population grew, a need arose for a recreational center for black youth. One opportunity would have been to racially integrate the city’s large and prosperous YMCA in downtown Detroit. That was not viewed as a conceivable option, so the city developed a racially segregated system for youth recreation.

In 1926, the city purchased property in the East part of town, at the intersection of Vernon Highway and Hastings Street (the major black ghetto at that time) and in 1929, erected the Art Deco building that you see in the picture below.  Substantial funds were invested to create a marvelous facility with space for basketball, swimming, the indoor sports including boxing and the outdoor sports—tennis and baseball. “Toy” Wheeler was the first supervisor/manager of this facility.

This was originally named the Brewster Center but was renamed for its long time manager, Leon Wheeler, the first black worker in the Detroit Parks & Recreation department.  At some point in the 90’s a basketball court was donated by former NBA star Chris Webber. Along with the surrounding Douglass projects, the recreation center was closed in the late 2000’s. 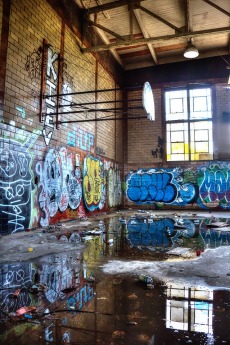 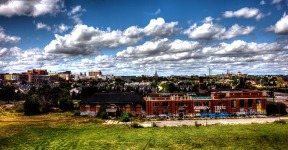 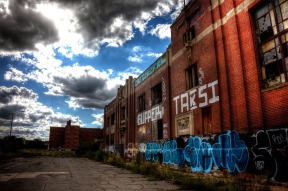 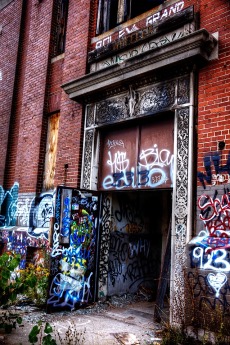 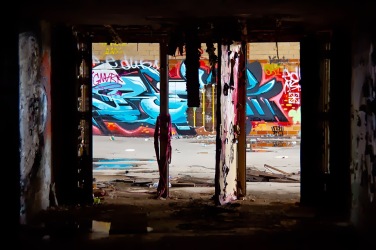 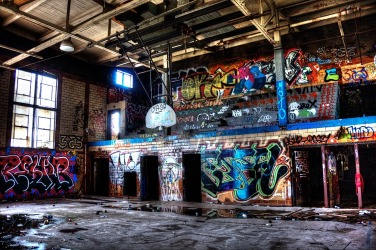